The Bridge on the River Kwai and my second half marathon

I recently made a trip to Kanchanaburi, a province in central Thailand that shares a western border with Myanmar, for some historical sightseeing and another half marathon.  Kanchanaburi is filled with historically significant places and sights from World War II - most notably the River Kwai Bridge and the Death Railway, along with Hellfire Pass, several museums, and a few war cemeteries. I was interested in seeing as much as I could in a short amount of time and looking forward to learning a few things.  I set out from Bangkok, along with two friends and fellow PCV's, and we took a train along 'Death Railway' well into Kanchanaburi.  This line was commissioned by the Japanese during WWII to create a land connection between Bangkok and Rangoon, Burma (Myanmar).  Using POW's for labor they were able to construct a complicated railway through the mountainous jungle that existed on their proposed path.  It earned the name 'Death Railway' from the significant number of POW's and local laborers that died while building it under extremely inhumane conditions (very little food, working through sickness and overall mistreatment while malnourished).  The line ran through Kanchanaburi into Burma (Myanmar) and was used briefly during the war until it was eventually destroyed and torn up in large segments.  The remaining track was eventually taken over by the Thai Railway Authority and this is the section that's still in use today, used by a few locals and many, many tourists.
During my time in Kanchanaburi I was also able to visit several historical sites and museums dedicated to WWII.  My first stop was the Hellfire Pass Memorial, located just down the road from the site of the impending half marathon.  It's a very moving and informative memorial that includes an audio-guided tour along part of the Death Railway that's no longer in use, with commentary from some of the POW's that lived through the experience.  Hellfire pass is a particular location along the Death Railway where POW's had to dig through a mountain by hand to create a route for the railway.  During the latter part of the railway construction they were forced to work through the night, and the scene, in the middle of the night, was said to look like hell.  It was an interesting experience to walk along the old railway, see remnants of the construction and World War II and hear personal accounts of experiences at that time.
I was also able to visit several other historical sites and landmarks related to World War II and the events that occurred in this area during that time, including the infamous 'River Kwai Bridge', still functioning as part of the railway and also open for people to walk across. 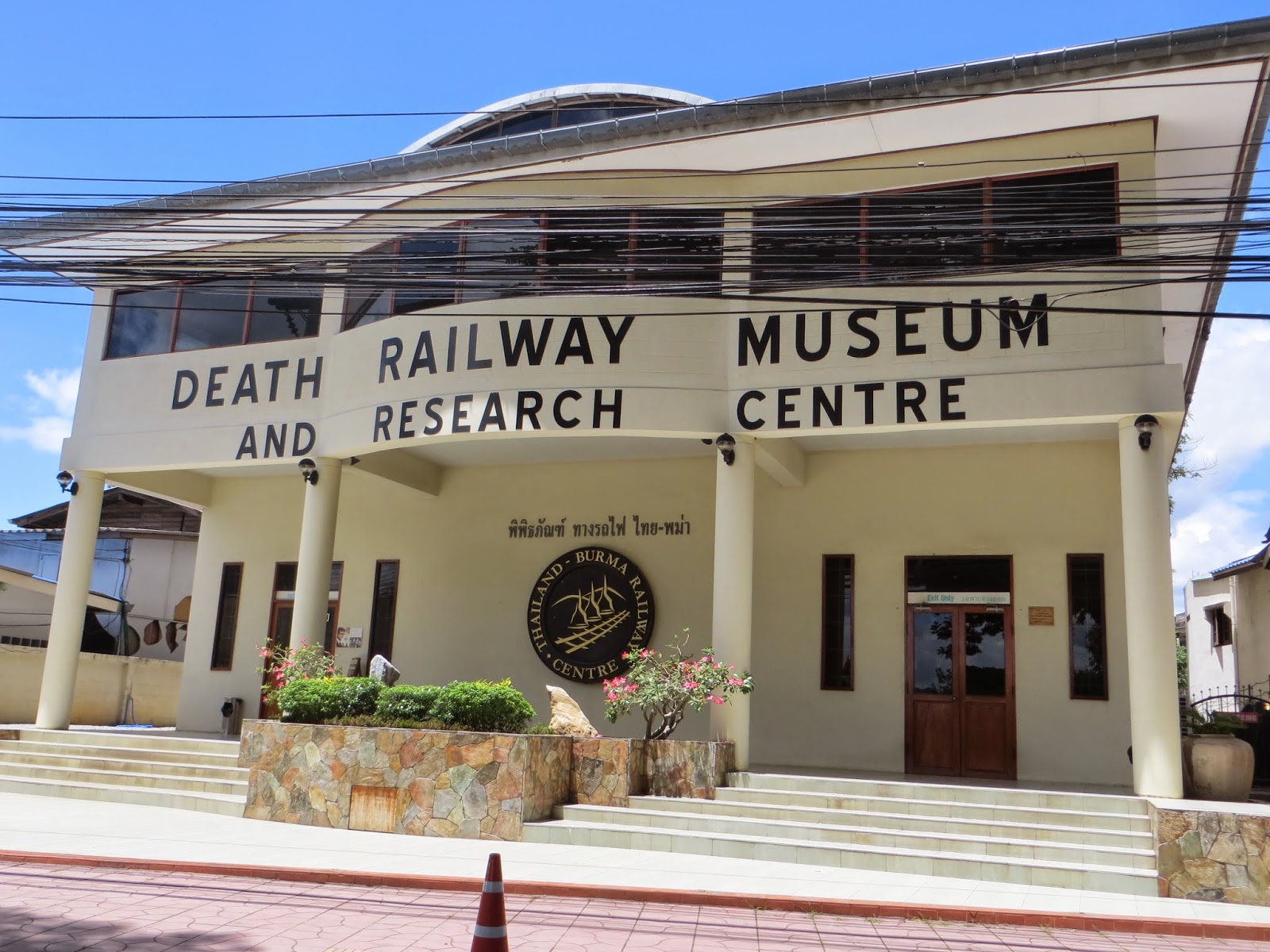 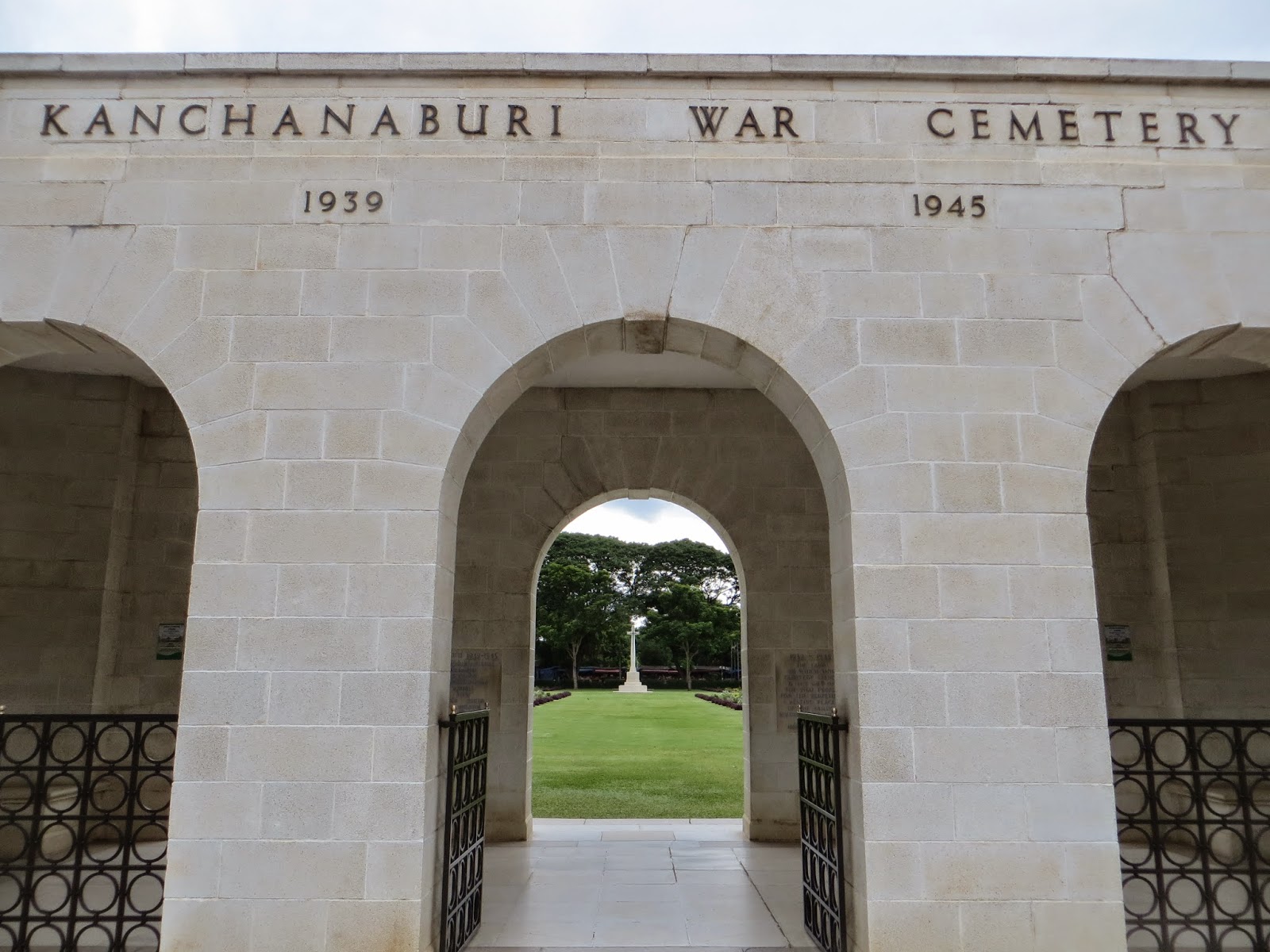 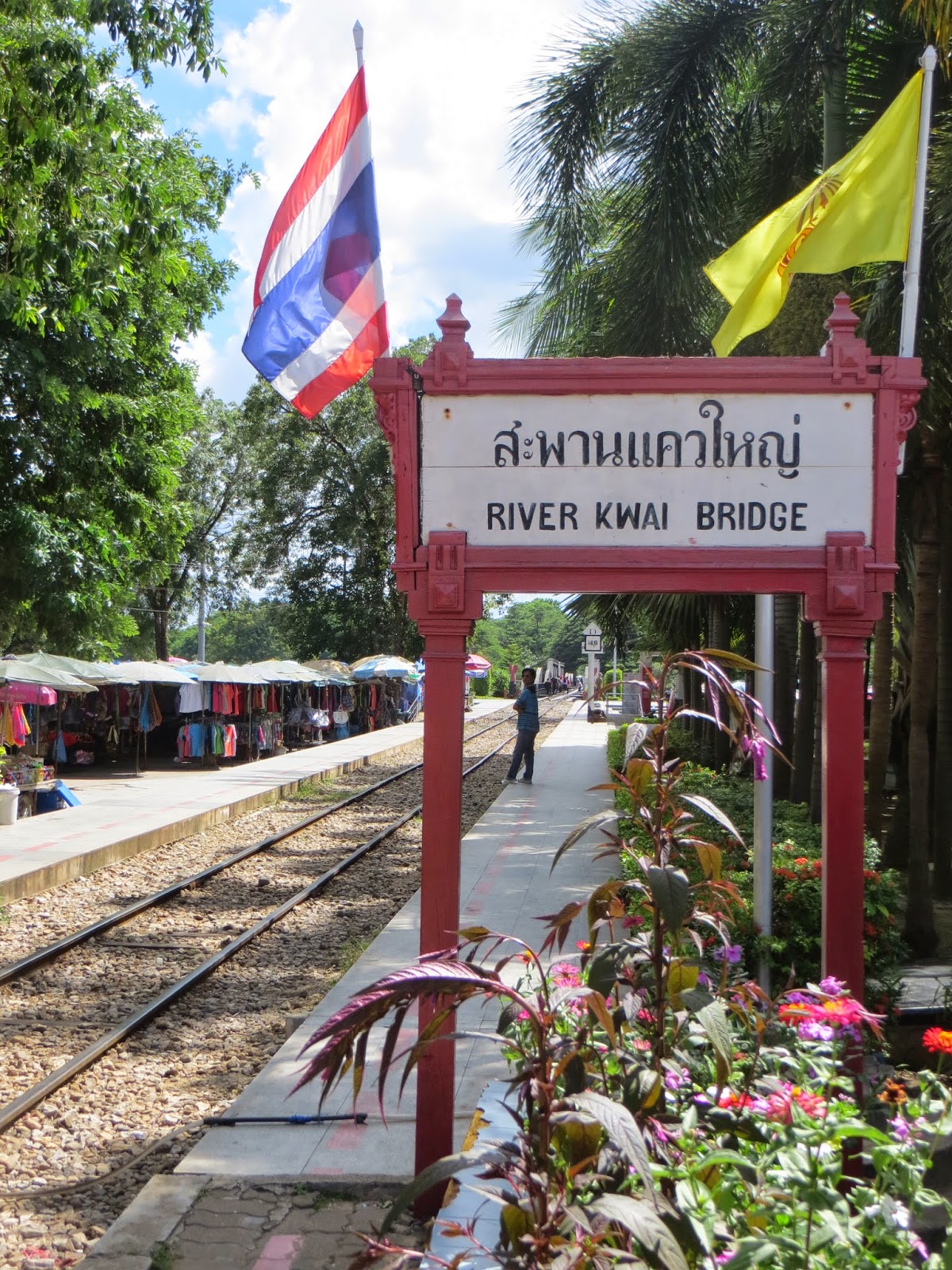 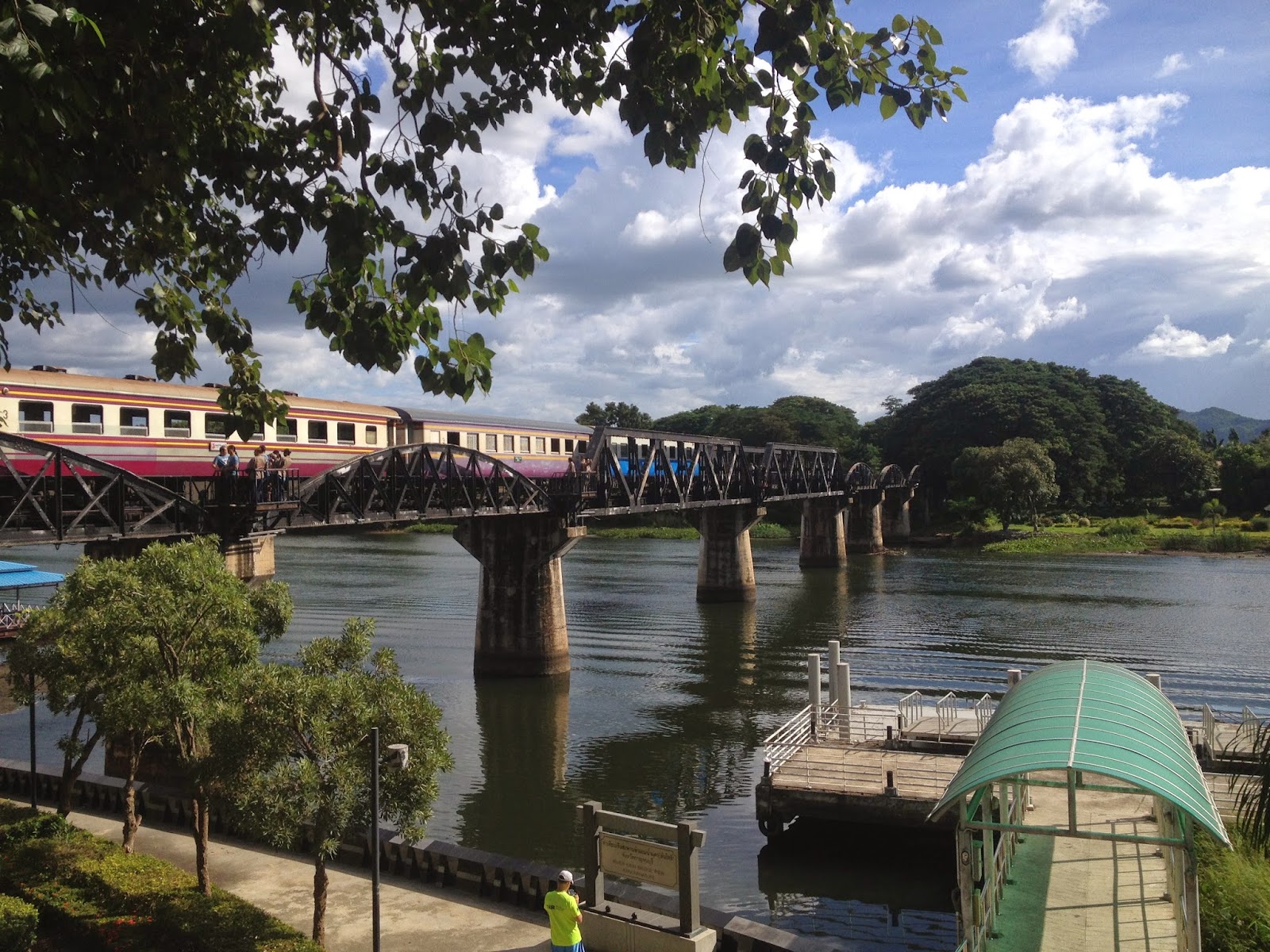 Along with several other PCVs, I went to participate in the River Kwai International Half Marathon, held next to a branch of the Kwai river on a road with enough curves and hills to keep it interesting.  It was an out and back course, more uphill on the way out with more downhill on the way back.  I felt great and finished more than 15 minutes faster than my first half marathon, 10 minutes under my goal time.

One of the highly-visited, and also highly-controversial, sites in Kanchanaburi is the Tiger Temple.  Tourists can pay 600 Baht (about $20) to enter the temple and take photos with tigers - real ones.  The temple also offers several (more expensive) options for temple activities, such as feeding tiger cubs or watching morning and/or evening feedings and daily tiger routines.  The decision of whether or not to go was one that I considered quite a bit before this trip, for reasons that have to do with the fact that a bunch of tigers are being held at a temple to be used for tourist photo ops.  I'd done some looking online, reading a few stories about how the tigers are drugged or mistreated in order to get them to act docile enough for people to touch them and take photographs with them.  After reading many mixed reviews/opinions and a lot of my own consideration, I joined a few friends and decided to go to the temple to see for myself.  The first 20 minutes were sort of exciting (tigers!) but mostly depressing (they're all chained up on really short chains).  People walked around and took photos with the tiger of their choice, while temple staff watched closely (at least 2 people per tiger) and were quick to reprimand anyone acting in a way not appropriate for being around a bunch of tigers.  A short time later everyone was instructed to move to a sheltered area as they prepared for moving the tigers and, of course, another photo opportunity for us.  Before I knew it I was in a line of people, waiting my turn to get a picture of me leading a tiger with a monk on the other side.  Everyone got their turn as we waited in another area of the temple for all the tigers to be brought down to another area.  During this time we received a lot of information about the temple and how the tigers are treated just fine, including an explanation that they're basically just huge cats, and they're nocturnal, so in the middle of the day after they've just eaten, of course they're going to be docile.

I've still got mixed reviews about this place after a visit - of course it was awesome to see a tiger so close, and to touch them, but the thought of them doing that day after day with a whole bunch of tourists who just want some really cool pictures?  It just makes me wonder how good this place really is, especially for the tigers.

Kanchanaburi is home to several National Parks and I had brought my tent along with the intention of visiting one or two while I was there.  I did just that, and I was able to see a lot of the province's beautifully mountainous scenery and enjoy some quality time outdoors.  The pictures below show this, along with a few other sights I visited: